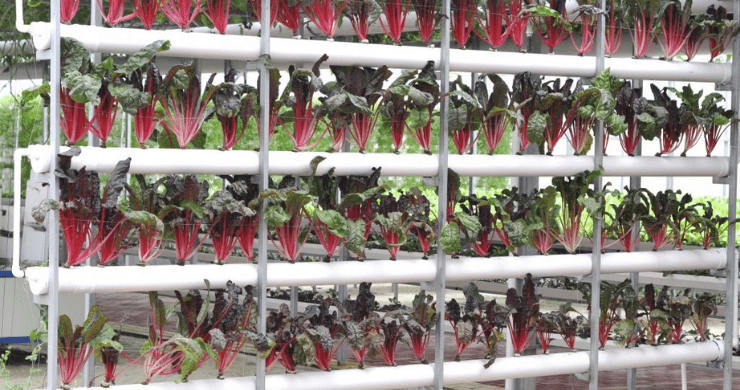 Well, So How Does Hydroponics Work?

Hydroponics how it works is an interesting and unique way of growing plants and fruits without soil. But is it a new way of growing food, or is it an ages-old viable one?

You will see that growing plants hydroponically is more than just a great way of producing fruits and vegetables for you and your family, or maybe even for a local business that supplies sustainable food to the community. Getting started is easier than you think too.

The word Hydroponics comes from Latin and means working water. Most people think of plants growing in water with nothing else, such as when you take a cutting from a friend’s plant to make your own. However, it’s more involved than putting a plant in water and waiting for it to grow roots.

Plants need more than just water to grow as they need something to anchor the roots and nutrients to thrive. In traditional gardening, soil anchors plants and provides many of the micronutrients required for proper growth. Hydroponics gardening gives plants everything they need to flourish.

This method offers gardeners, and the plants themselves, many benefits. Some of these include: 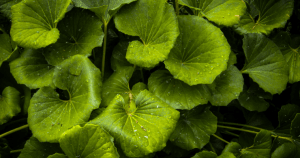 Who hasn’t heard of the ancient Hanging Gardens of Babylon that King Nebuchadnezzar had constructed for his wife, Amytis in the Sixth Century B.C.? What you probably never realized is that those gardens were a form of early hydroponics as the Babylonians used a pulley-system to draw water from the Euphrates River. The ancient Chinese had this water-based growing system too as explorer Marco Polo noted that during his travels to the Far East he found “floating gardens” with plants placed on platforms on top of fields of water.

The ancient cultures had some form of gardening without soil too. The University of Florida Extension notes that the ancient Egyptians also propagated plants in the water while the Aztecs devised floating gardens called “chinampas” to grow vegetables.

Modern-day hydroponics gardening got its start in the 19th century, according to Valentina Lagomarsino of Harvard University, German botanist Julius Sachs of the University of Wurzburg found that plants didn’t need to grow in soil but merely required the nutrients that soil provided to grow. Sachs published a nutrient solution for growing plants in water, establishing the foundation for modern hydroponic culture.

Lagomarsino notes that the hydroponic industry got a further boost in 1937 when research by American Dr. W. E. Gericke indicated that plants grown in water could uptake nutrients more efficiently than those grown in soil, allowing them to grow larger in a shorter amount of time. That was the beginning of the modern hydroponic industry with scientists developing new and better solutions of nutrients to help hydroponically grown plants flourish. 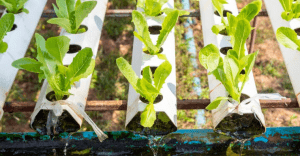 Lettuce in a hydroponic garden

Hydroponics How it Works For Our Future?

Given the concern for the future of the plant, gardening hydroponically is considered by many to be the wave of the future. While it probably won’t replace conventional farming and gardening as a means of food production, it offers many advantages to home gardeners that make it an attractive alternative to traditional soil gardening. For one, it can be achieved indoors or outdoors as long as you have an area that is level without excessive wind that has access to electricity. Hydroponic means of growing fruits and vegetables could be means for supplying future astronauts on space missions for fresh fruits and vegetables, according to the University of Nevada. Gardening hydroponically works so well because scientists have figured out the exact level of water and nutrients that plants need to thrive.

You Can Garden Hydroponically

Some gardeners have the misconception that gardening hydroponically is incredibly complicated. Yes, it can be, but the system itself is quite simple. You only need light air, water, nutrients, heat, and space to grown fruits and vegetables in this manner.

The University of Nevada classifies hydroponic systems into two types: water-culture and medium-culture.

Medium-culture also has three prime methods. These are:

While medium-culture systems are the only types that require a substrate, per see, to hold the roots, all systems require other elements that gardeners must deliver in sufficient quantities so their crops can flourish.

Plants process a lot of water daily, especially mature ones. Douglas B. Gucker and Candice Hart of the University of Illinois note that large tomato plants can each require as much as two to three gallons of water per day. When you’re supplying your crops with such an amount, it’s a good idea to have your water tested to ensure that they aren’t receiving high amounts of chemicals that can affect growth.

Keep the Lights On

Although you don’t need to bathe your plants with light continually, fruiting plants like tomatoes, peppers and corn need eight to 10 hours of sunlight per day, according to the Alabama Cooperative Extension System. Light requirements vary amount plant species, yet one of the biggest mistakes of new hydroponic gardeners is not providing enough light. Make sure you have sufficient artificial light for your plants, especially in winter.

Are Your Plants Warm Enough?

We’re talking about food for your plants, not you! Along with providing your plants with enough water, the nutrient solution is a critical factor in ensuring the success of a hydroponic garden. Feeding your plants properly means having enough of the following nutrients:

Some plants also require micronutrients such as iron, manganese, boron, molybdenum, zinc, copper, or chlorine, which are sometimes present in water or in solid substrates.

Lettuce in a hydroponic garden

As medium-culture systems are easier to create and maintain, hydroponic gardeners must include a suitable medium, also known as a substrate, that is capable of supporting root systems while also holding moisture and nutrients. The media you choose should be inert and free of insects and disease, while also allowing for adequate aeration and drainage. Insufficient drainage results in the “drowning” of plants, which can lead to decreased growth and discoloration of leaves.

Commonly used media include perlite, vermiculite, rockwool, river sand and gravel, all of which you can easily find in gardening centers. Hydroton, made of manufactured clay pebbles, as well as coco coir and pumice, are other suitable media. If you use sand or gravel, make sure that you wash it thoroughly to remove impurities before including it in a hydroponic system.

According to the University of Nevada, rockwool is the most popular growing medium as it helps plants proliferate and limits diseases. For growing tomatoes, cucumbers and peppers, the University of Arizona indicates that rockwool along with perlite are the two best media. Both are lightweight and easier to handle and sterilize than other aggregates.

Rockwool is made from basalt rock, and either looks like fiberglass or granules and has a superior capacity for holding water as well as aeration. Growers can commonly find it in prepackaged “slabs” or in granules for use as soilless media. According to the Virginia Cooperative Extension, flood-and-drain systems using rockwool are the most popular hydroponic growing systems.

Perlite is a form of volcanic glass that has an unusual property that allows it to expand greatly when heated. This inert media also provide excellent aeration and water holding capacity and may be sterilized and reused.

Closed hydroponic systems using rockwool and perlite pose some concerns of which gardeners should be aware. You must avoid the buildup of toxic salts and keep the system free of nematodes and soilborn diseases, emphasizing the need for sterilization. 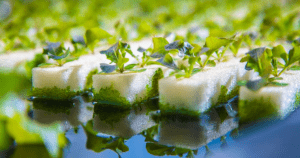 Get Creative by Building Your Own Hydroponics System

If you like a bit of a challenge you can create a passive DIY drip system on your own. The University of Ilinois recommends you buy the following supplies to make a simple passive hydroponic system:

If you would rather see someone making one, this short video from Purdue University Agriculture gives you a step-by-step introduction to constructing a similar system. You’ll see just how easy as well as inexpensive it is to make a home hydroponic setup.

Now that you have an idea of what hydroponic gardening is and realize that Hydroponics How it works is much easier than you thought, it’s time to get growing. Some plants, particularly greens, grow easier than others in a hydroponic environment. Take a look at the following vegetables and fruits to see which ones you would like to grow in a soulless environment. You might just surprise yourself at how well you do.

Vining plants like tomatoes are great for hydronic culture even though they can become quite large as they grow vertically and can be trained to reach the ceiling. Texas A&M University recommends growers take care of which variety they choose as the selection of the right seeds will produce better plants.

Other vegetables that do particularly well in this environment are cucumbers and lettuce. Again, Texas A&M recommends certain varieties. For cucumbers, try sweet slice or brucona; for lettuce, try crisphead varieties such as ostimata, salina, Bizet or brenado.

As lettuce grows well, it only makes sense that spinach would also. If you have had success with other leafy greens, chances are they’ll also do well for you in a hydroponic environment. Other easy-to-grow vegetables include green onions and peppers, while herbs such as coriander and basil are also good choices.

If fruits are more your style, Easy Grow suggests strawberries and blueberries. Strawberries love wet conditions and will provide bigger fruit than when grown in soil. Blueberries require high acidic conditions, so controlling the pH content and nutrients will also result in a better yield.

Hydroponics How it Works is Fun and Easy

By now you should have a good idea of how Hydroponics and how it works. If your head is spinning from all of the possibilities as well as the requirements of this method of growing, relax because it’s not as complicated as it seems. Start small with an inexpensive system and packaged supplies to grow greens and learn as you go. Chances are you’ll even find a local master gardener familiar with the method who will be more than willing to help you on your new gardening journey. Once you have even a little bit of success, you’ll be hooked and will most likely expand your operations.

Think of the benefits of gardening hydroponically. You can have freshly grown produce and greens all year long. Once you recoup your initial investment of growing supplies, you’ll end up saving money on food. Perhaps the most significant benefit of all, you’ll grow your own food without pesticides and dangerous chemicals. The environment will thank you. 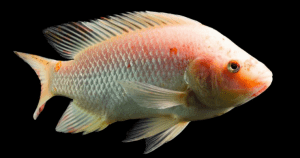 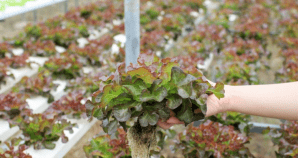 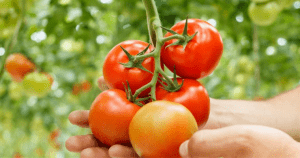 Healthy plants require soil that is quality. Before planting, make sure … END_OF_DOCUMENT_TOKEN_TO_BE_REPLACED